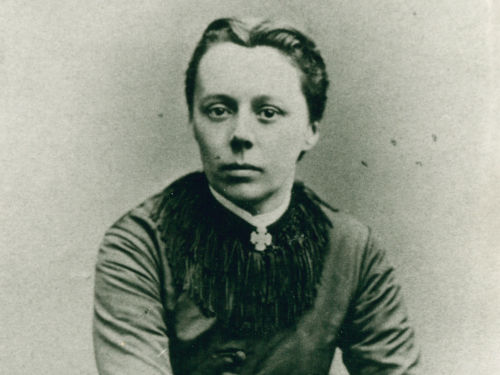 Medina’s view about girls’ education is summed up in her words,

Born in 1840, the daughter of a Congregational minister in Wales. Medina had been teaching in a school near Cardiff when she was appointed the first headmistress of Salt’s Girls’ High School in Saltaire.

Sir Titus Salt had decided to change the use of the factory schools building and open new high schools for girls and boys. The girls’ school was first opened in 1876, and Medina’s appointment was fortunate. She was a woman of outstanding character and abilities.

Medina was progressive in her teaching methods and introduced a wide curriculum that included Latin, Greek, French, English, maths, drama, art and music. She encouraged the girls to remain in education and take a university degree. Many of the girls in the school did so.

Medina was deeply interested in the girls’ education and was an inspirational teacher. She read to students at mealtimes, was witty and musical and her approach to discipline was unusual.

For example, the school rule ‘no more time for homework than the allotted time’ was based on Medina’s idea that ‘with 5 hours work during the day, one hour’s homework was the most girls should have’.

On her birthdays, she entertained students at her home, and each brought toys or clothes for donation to charities.