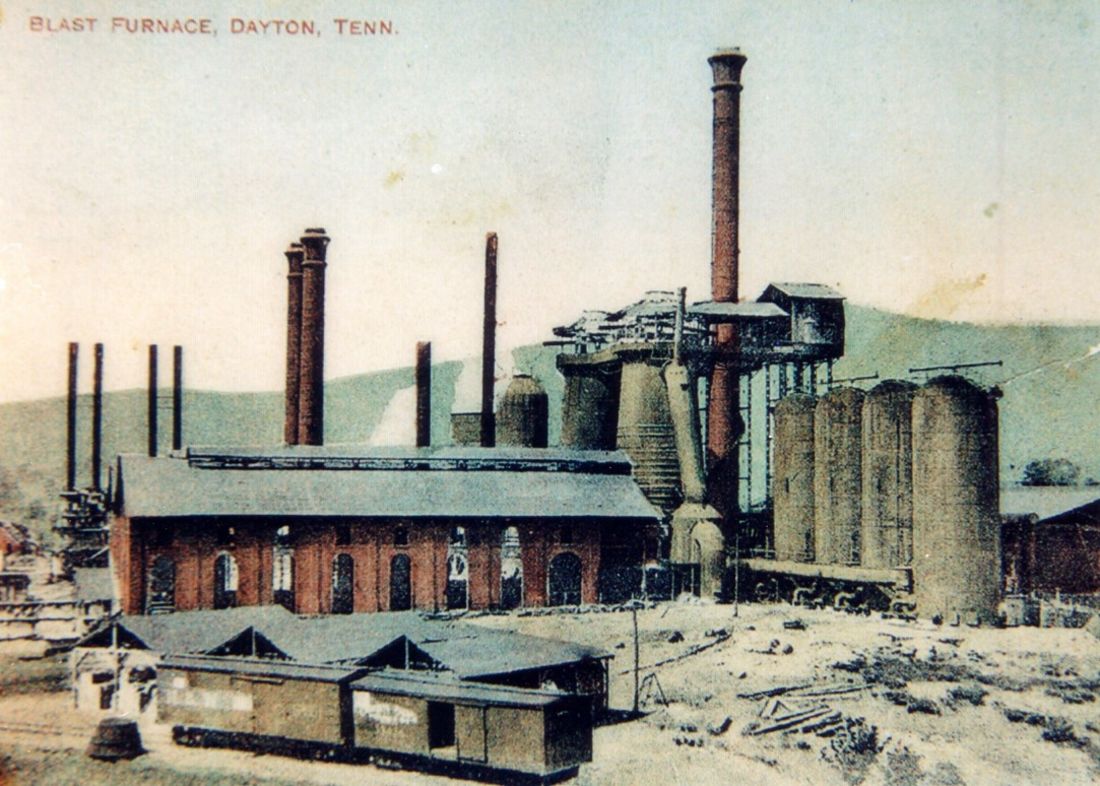 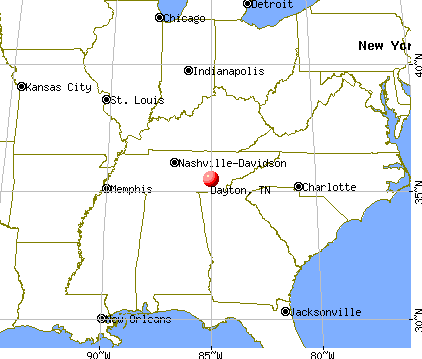 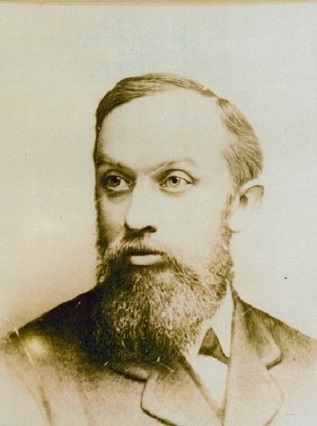 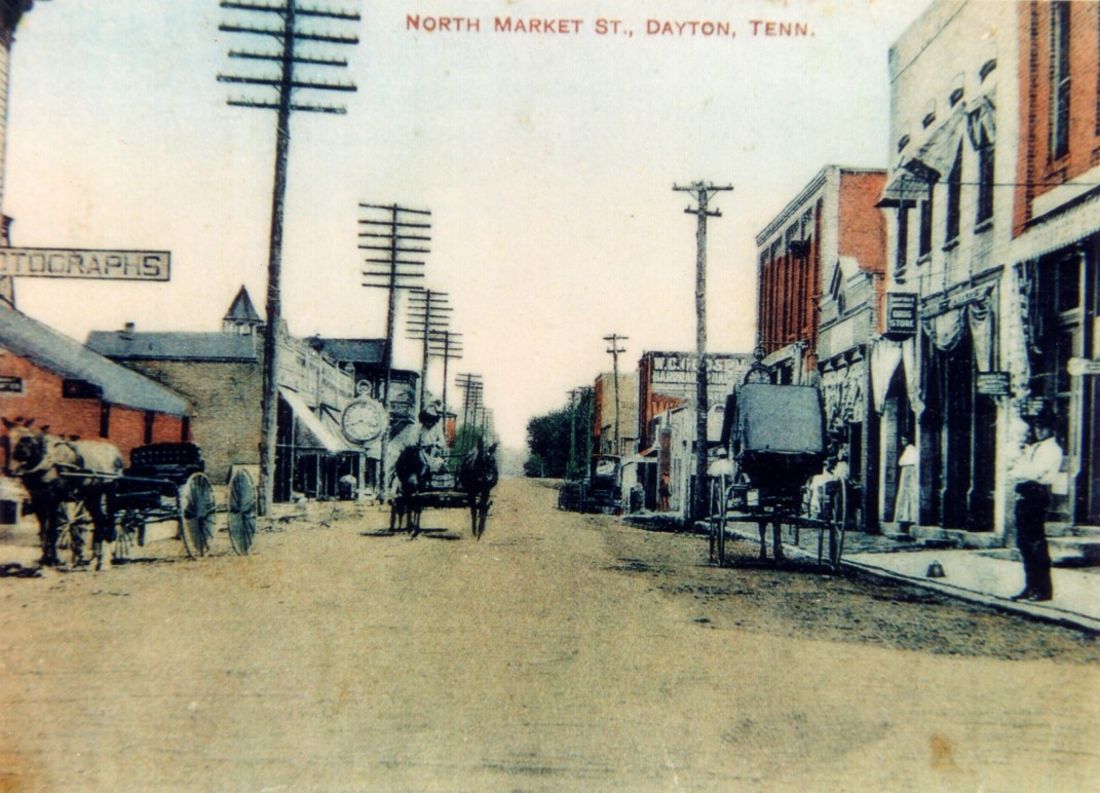 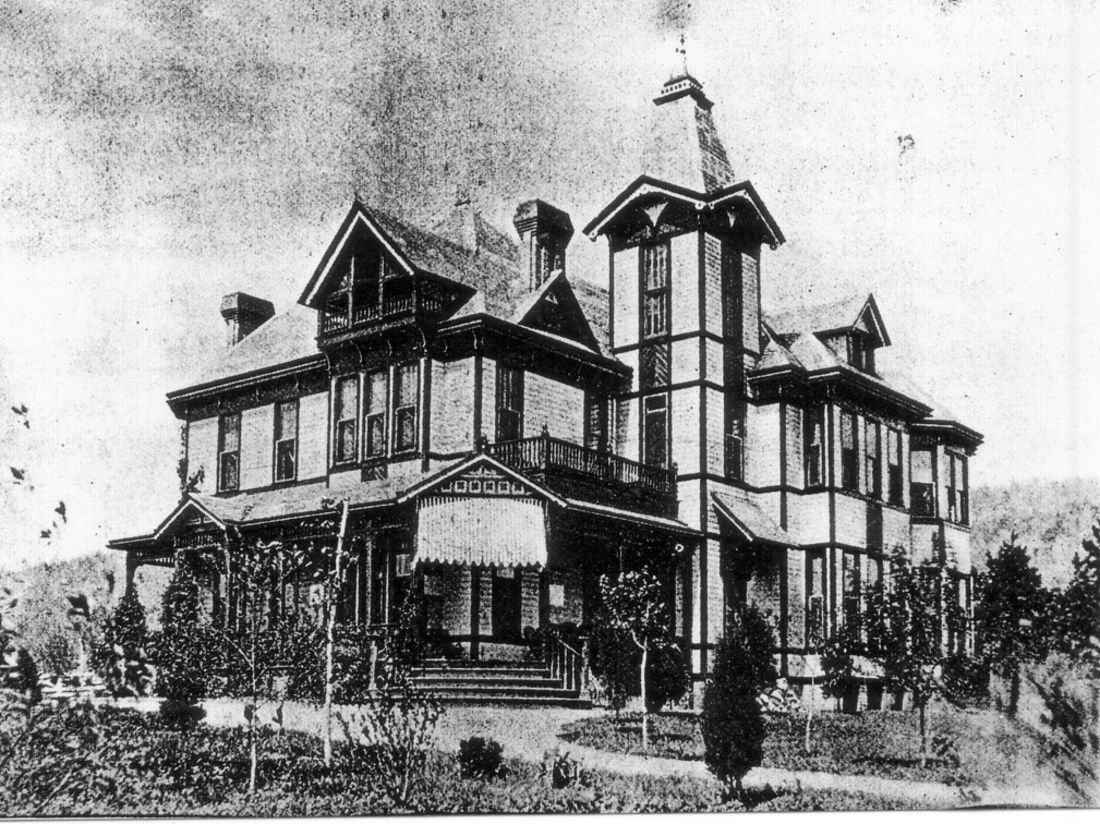 The managers house, The Dayton Coal and Iron Company

The story begins with a man called Alfred Allott who was a close friend of Sir Titus Salt, and a fellow Liberal and Congregationalist. Allott was a Sheffield accountant who had invested his money in mines in Cornwall. In 1873, with his friend John Crossley of Halifax, he invested a large sum on land known as Smith’s Cross Roads, in Tennessee where rich coal and iron deposits had been identified. The land was 35 miles north of Chattanooga and 200 miles south west of the Cumberland Gap. Allott’s business ran into trouble and he requested and was granted a large loan from Sir Titus Salt’s business who provided him with a £63,000 mortgage for the land, an amount worth around £7 million pounds today.

In 1877, Allott was bankrupt and the debt was outstanding. The family firm had to decide whether to try to sell the land or to follow through on the investment. Titus Salt Junior and one of Salt’s directors, Charles Stead, visited Dayton, Tenessee in 1877 and received very favourable engineers reports about the coal and iron ore deposits. In 1879, John Crossley died and the Salt’s company directors, that included George and Edward Salt, acquired the land and decided to realise the potential from it. In 1878, Smith’s Cross Roads had been renamed Dayton and at this point was a small hamlet.

In February 1883 the Dayton Coal and Iron Company was incorporated as a limited company in England and some 23,845 acres of land inclusive of mineral rights and a further 3,844 acres of mineral rights, were transferred from Sir Titus Salt (Bart), Sons and Co Ltd to the Dayton Coal and Iron Company. In May 1833 the New York Times reported that Titus Salt Junior and Charles Stead were in the United States of America to visit Dayton Tennessee ‘with a Mr. Howson and two other gentlemen, who are among the leading manufacturers of iron and steel’ and who are in America ‘to visit the Dayton coal mine, 25 miles from Chattanooga, to make extensive mineral explorations, examine its water power and resources generally….with a view to making large investments in the manufacture of iron, steel and cotton’.

Clearly, a decision had been made by the Salt Company to proceed to invest in the land at Dayton. By May 17, 1884, Titus, Charles and a William Donaldson of Glasgow arrived in Dayton and, according to the American press, announced that they would erect two large blast furnaces with a capacity of 250 tons of iron ore per day and would invest $500,000 dollars in the venture. Notes taken by Saltaire Historians, D. Shaw and D. King, during a visit to Dayton Tennessee in 2012, drawn from the ‘History of Rhea County’, record that in September 1884, the Dayton Coal and Iron Company had been reorganized under the same name with a Capital of £1,200,000 and that the firm of James Watson and Co Ltd, Glasgow had been brought in as partners/fellow investors with six of their own directors.

Prior to this, Shaw and King’s notes extracted from Rhea County Historical Archive, record that on January 6, 1882, rails arrive from England and eight miles of railroad track are eventually laid, the Richland Mine is opened. In 1884, the foundations for the blast furnaces were laid, three fire brick kilns were built, 200 coke ovens were constructed for the mine and 200 homes were constructed as were a managers’ house (costing $15,000). a company store, a schoolhouse and other social amenities were established. There is a sense of ‘déjà vu’ between this and the planning and building of Saltaire from 1853 (less than thirty years earlier) and what had been a very small American ‘hamlet’ grew into a sizeable town over a very short period. The directors of the Dayton company faced numerous challenges in opening coal mines, recruiting miners, laying rail lines, establishing furnaces and coke ovens alongside the building of the small town. They did establish the new town and the main plant facilities but in 1892 the Salt business partners had to surrender their interests in Dayton due to the collapse of the company Sir Titus Salt (Bart) Sons and Co. Ltd. The investment the company had made in Dayton was a significant factor in the Salt family’s loss of their business and the estate of Saltaire.

There is another chapter in the relationship between Saltaire and Dayton which you can read about in a separate post (available from 19 April 2019).

Isabel Salt, granddaughter to Sir Titus Salt, was the only…

Recent Posts
Sign up for our newsletter
Enter your email address and we'll add you to our mailing list. You can unsubcribe at any time.
Follow Us
Follow us on social media to stay on track with the latest news.
© Copyright The Saltaire Collection - All Rights Reserved 2022 Website by PMD Creative Solutions Ltd
Back To Top
This site uses cookies: Find out more.